Margaret “Dolli” Feldman, 95, of Hot Springs was welcomed Home by her Lord and Savior on Saturday, June 20, 2020.
Dolli was born in Alton, Illinois to the late William and Blanche Higgins.
Being a farmer’s daughter, she learned many skills such as cooking great meals, sewing clothes, painting, and growing beautiful flowers. In 1954 she married Charles Feldman and they retired to Hot Springs in 1989. They enjoyed lake life playing board games, reading, and days filled with their favorite dogs.
After more than sixty-five years married, Charles was welcomed Home in January. Dolli has missed him these past few months, but they are together again singing and holding hands in Heaven.
Dolli will be missed by her daughter, Yvonne "Vonni" (Leo) Ensz; and her sons William Thomas Jenkins, Stephen (Marjorie) Feldman, and Stanley (Linda) Feldman; her grandchildren Chad (Amanda) Ensz and Holli (Jim) Wecht; great grandchildren, Leo and Reagan Ensz and Alexander Wecht.

Joseph James Pascual Sr., 85, of Hot Springs passed away May 3, 2020.
Joe was born June 23, 1934 to the late Eligio and Mary Burke Pascual in Brooklyn, NY. As a youth, Joe was drawn to the great American pastime- baseball and even earned an opportunity to try out for the NY Yankees! Later, he and his brother built roadsters and successfully petitioned the city of Huntington, NY for a dragstrip.
Joe graduated from South Huntington High in the spring of 1952 and began his collegiate studies on a full ride scholarship at “The BEST Ivy League school, Dartmouth” in Hanover, New Hampshire. While in school, he met Eleanor Haseltine and they later married on June 27, 1955. Joe was full of pride anytime Dartmouth beat Harvard at anything! After earning his engineering degree in 1956, Joe began his professional career in the reel and cable companies in New York, then Illinois, and onto his final home, Arkansas. He worked at General Cable as the plant manager for several years, but decided to start his own company, Reelcraft in Perla, Arkansas.
In 1985, Joe began (with his long time business partner and friend, Rita Hurst) what was to become his legacy, Superior Senior Care. He always worked hard on building a family business and served as CEO and President until his death. Under his leadership, Superior Senior Care was an Arkansas Small Business of the Year finalist in 2010. He was always quick to acknowledge how blessed he was to work with so many people at Superior Senior Care (locally & statewide), and considered them lifelong friends/extended family.
Joe always maintained a presence in the community. He was a Lion Club member, a Kiwanian, an Elk, a Hot Springs Leadership alumni, an avid golfer, an amazing tennis player, and served as President of the Board at Ouachita Children’s Center for a period of time. In his personal time, he loved to play the slot machines along with his wife, and they kept many riverboat casinos “afloat” with their generous play. During his life, he had many different roles, but the role he coveted the most was the role he played with his family. He was always a leader and loved leading his family and watching them learn and grow. As a forward thinker, Joe always knew how to prioritize the important things, like picking dessert before dinner. With a smile on his face and a generous heart, he welcomed many to his table and happily shared his blessings...as long as it wasn’t his dessert! Joe and Eleanor H. Pascual…lovingly called (Tootsie) shared over 64 years of love, family, faith, and friendship. Eleanor passed away Dec 28, 2019, and they are now finally reunited. Joe was also greeted at the pearly gate by his sons, Joe Jr. and Bill; by his daughter, Elizabeth “Beth” Disney; as well as his mother and father. Joe was loved by many and will be missed most by his daughter, MJ Sherer (Danny); grandson Daniel Disney (Katie) and their children Madelyn and Miller; his grandchildren; Michelle Disney, Jaime Pascual, Lacey Snyder (Travis) of Dallas Texas, Donald Disney, Angelee Pickle; his great grandchildren, Shelby Pascual and Mattox; his siblings Evelyn P. Racaniello of New York, and Jack Pascual (Terri); along with many nieces and nephews; and a host of other extended family members and friends. A special thank you to the caregivers that have cared for Mr. Joe day in and day out. Our family is truly grateful for their compassion and care.
Honorary Pallbearers: Everett Vincent, BJ Smith, Tracy Trawick, Travis Snyder, Larry Galasso, Rob Stonehocker. 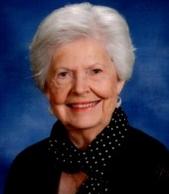 Katherine Ann Bateman, age 56, of Mabelvale, passed away Monday, August 24, 2020 from a pulmonary embolism. She was born February 29, 1964 in West Helena, Arkansas.  Kathy was an ICU RN at St. Vincent Hospital.  She was preceded in death by her father, Rev. Ben Bateman.
She is survived by her mother, Frances Bateman; her sister, Donna Willard (Don Tyree); her brother, Tim Bateman (Lisa); six nieces and nephews, Danielle, Joshua, Samuel, Noah, Ben, Rachel; and her best friend, Janet Schreiner. 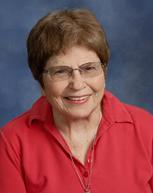 Charles Albert Feldman
November 10, 1925 – January 26, 2020
Charles Feldman, 94, of Hot Springs, was welcomed Home by his Lord and Savior on Sunday, January 26, 2020. Charlie was born in Alton, Illinois to the late Edward and Lydia Bowerman Feldman.
After serving in the Army during WWII, Charlie began a long career as a typesetter in the newspaper industry. Retiring to Hot Springs in 1989, he loved his life by the lake where duck watching, golf, board games and dogs filled his time.
Charlie will be missed by his wife of more than 65 years, Margaret “Dolli” Feldman; his children Stephen (Marjorie) Feldman, Stanley (Linda) Feldman, Yvonne “Vonni” (Leo) Ensz, and William Thomas Jenkins; his grandchildren Deborah, Jonathan, Corey, Christine, Andrew, David, Chad, and Holli; his great- grandchildren Caitlin, Kelli, Carson, Jeremy, Jessie, Josh, Leo, and Reagan; and his four great great-grandchildren.

July 15, 1936 – January 5, 2020
Beverly Ann Davis Johnson was born on July 15, 1936 to Frances and Harry Davis of Marvell, Arkansas. She has two sisters – Frances Bateman (here in HS) and Ludie McIntosh (in CA). After graduating from Marvell High School in 1954, Bev attended Arkansas College, (now known as Lyon College), and received a Bachelor of Arts degree in only three short years, majoring in Social Science with a minor in History. She then went to work in Memphis as a case worker for the Tennessee Department of Public Welfare and was there for 15 months.
In 1958, Bev moved to Richmond, VA so she could attend the Presbyterian School of Christian Education and on June 6, 1960, she received her Master of Arts degree in English Bible. After graduation, she became the Director of Christian Education at the First Presbyterian Church in Williamson, VA. Two years later, she moved to Hot Springs as the Director of Christian Education here at First Presbyterian Church.
In January of 1964, Bev was called to work for the American Red Cross and started as a Recreational Aide in a large military hospital at Lackland Air Force Base in San Antonio, Texas. She moved to Fort Sill, OK in April of 1965 where she worked as the Recreation Supervisor at a smaller military hospital. It was here that she made her first trips out of state to Mexico City and Acapulco. She got bit by the camping bug and camped in Yellowstone and the Grand Tetons, traveling to South Dakota and back via Colorado.
The Red Cross sent her to Guam “to train and assist the people of these Islands during disaster” in September of 1965 and thus began the start of her international travels. During her 13 years with the Red Cross, she got to live in Tokyo, Japan and was able to visit Seoul, Korea.
In September of 1972, Bev attended the University of Illinois and received her Master of Science degree in Therapeutic Recreation on August 13, 1973.  The Red Cross sent her to the naval hospital in Alameda, CA in December of 1973. While living in the Bay Area, she met her husband, Robey Johnson, a veteran of the Navy, and they were married in May of 1975.
The Red Cross started phasing out career recreation staff in military hospitals and so her job was terminated in January of 1977. Bev then had the opportunity to dedicate herself to volunteering for her church and the needy while taking time to travel, camp, play tennis, and fight for Women’s Rights.

In March of 1979, she started her Recreational Therapist career at Agnews State Hospital for the Developmentally Disabled, working with multi-handicapped children and adults with severe disabilities. It was there that she retired at age 62 on December 30, 1998. She continued her international travels, lived in Hawaii for a while, and finally settled in Hot Springs in the Spring of 2009.
Bev is survived by her two sisters, step-daughter Tracy Schrader, nieces Donna Willard and Kathy Bateman, nephew Tim Bateman, and multiple cousins, great nieces, and great nephews.

Wayma Sue Workman Rowe, Hot Springs, AR, aged 92, left her earthly life on May 6, 2020, after a brief illness. She was born in Charleston, AR, as the fourth of six children to Eugene and Trixie Workman. She graduated from Fort Smith High School, attended Ft. Smith Junior College, as well as the College of the Ozarks, where she was successfully wooed by her beloved Jesse C. ‘Pancho’ Rowe, and they returned to his hometown of Hot Springs to open Rowe Drug Store.
Once in her new hometown, Wayma settled in to raise their two children, and she became an active member of the community. At various times, she was President and Life Member of HS Junior Auxiliary, President of Forum Club, Charter Member and President of Grow and Show Garden Club, President of Ouachita Hospital Guild, Patroness and President of HS chapter of Sigma Alpha Iota (International Music Fraternity). She was also active in the Hot Springs Music Festival, Hot Springs Documentary Film Festival Screening Committee, and with The Muses Creative Arts. As a member at First Presbyterian Church, Wayma was an Ordained Ruling Elder and an Ordained Deacon, as well as a longtime member of the choir. She cherished her friendships, and she belonged to numerous social groups: such as her 50+ year-long Sewing Club, which eventually involved more wine, cheese and side stitches than fabric stitches; there was also the Birthday Club, which, on one particularly memorable occasion, involved a goat.
Mrs. Rowe is predeceased by her husband; her parents; her brothers Dr. Wayne Workman, Wendell Workman, Sr., and Eugene Workman; and her sisters-in-law Reba Workman and Margaret Workman and brother-in-law Glen Looney.
Surviving to cherish her memory are her children Dr. Daniel S. Rowe (Sandra) of Hot Springs; Dr. Kathryn Rowe Killman (Daniel) of Nashville, TN; grandchildren Gracie Killman Bassett (Win) of Nashville, TN; Jessica Rowe of Santa Clarita, CA; Jeremy Rowe of Little Rock; Maggie Killman (Danny Acus-Souders) of Cincinnati, OH; Brandy Harp (Richard) of Little Rock; and Natalie Brown (Josh) of Hot Springs; great grands Isabella and Nicholas Harp and Maddie Brown; her sisters Wilda Looney of Springfield, MO; Mary Scott (Ralph) of Monett, MO; and sister-in-law Betty Workman of Springdale, AR. Other survivors include her many, many nieces and nephews, her adopted children and grandchildren, and the numerous friends of all ages who also counted as family to her. As her family, we miss her terribly, but we rejoice in her life well lived and in the Faith that has sustained her throughout it and into the Life Eternal.